On the Sunday before Christmas the girls were a part of a Willie Wonka play at the church of our neighbors. Natalie has been attending with them for a couple of months, and the girls both were a part of a girl's program there over the summer. Kelsey being the drama queen she is wanted to join in the program. These pictures are the result of the evening. They are not in order though. Oopps
DJ wearing Z's Umpa Loompa hat after the show. 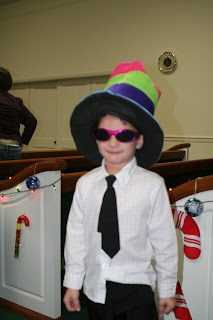 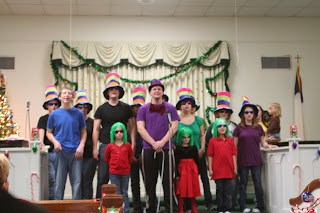 Kelsey's on the far left in green, Natalie's on the right in purple, and they are kind of looking at eachother. 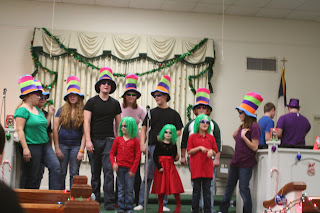 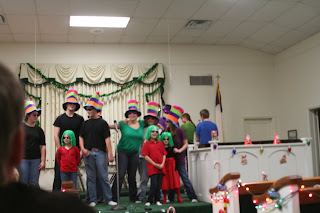 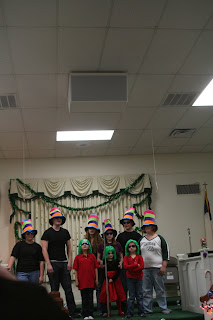 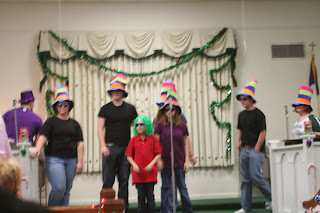 Natalie's favorite part I am sure! Dragging selfish Kelsey off the stage. ;) 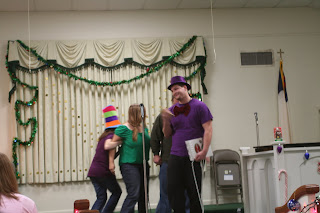 Kelsey as Veruka begging Chad as Willie Wonka to sell her the Robot that tells the story of the bible in 8 minutes. 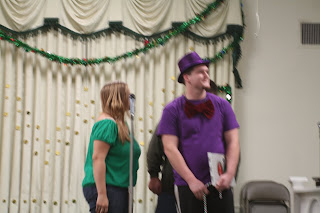 Kelsey, wanting to buy Steve (the Robot that tells the Bible story in 8 minutes) from Chad (Willie Wonka) 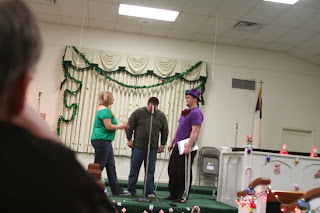 The Ummpa Loompas dragging Noah off stage for being lazy 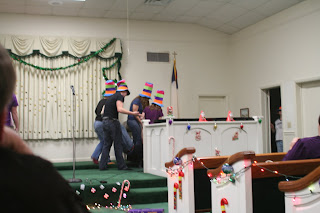 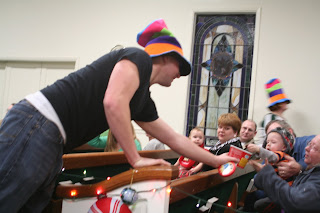 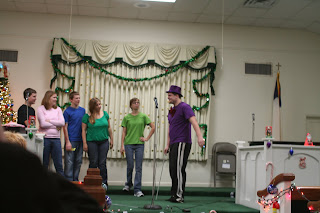 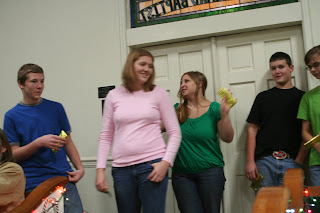 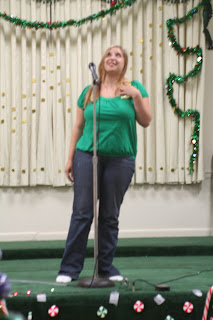 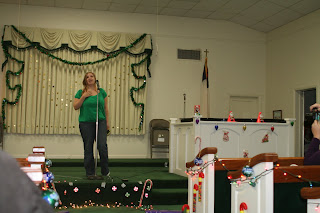